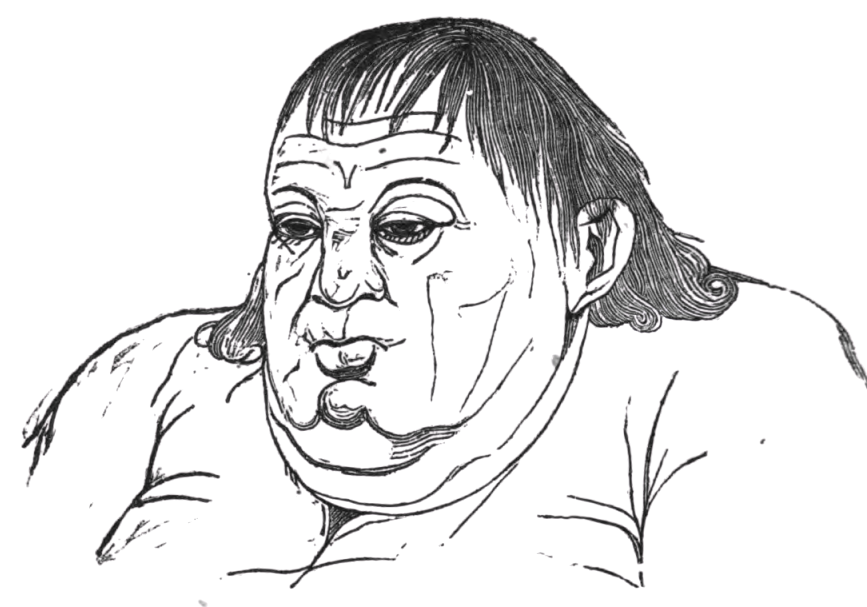 There is a sluggishness of mind in some persons which occasions them perpetually to stumble into absurdities of language or behavior.

It is a man of this sort who, after he has made and proved a calculation, turns to his neighbor to ask what the amount is. Being defendant in an action for damages, on the day when his defence should be made, he utterly forgets the affair, and goes to his farm as usual. Often it has happened to him to be left sleeping in the theatre long after the spectators have retired. Staggering home at night, after eating an enormous supper, he wanders into his neighbor’s court instead of his own, and is bitten by the dog. Articles which himself has received and put in store, he is unable to find when they are wanted. He is informed that a friend is dead; and he goes to the house with a sorrowful face and streaming eyes; yet he salutes the first person of the family whom he meets withGood luck to you! He will, with much ado, take witnesses with him when he goes to receive payment of a debt. In the depth of winter he scolds his servant because he has not bought cucumbers. He will urge his sons to continue wrestling or running till they are thrown into a fever. At his farm he undertakes to cook the pottage; and in doing so, he puts salt to the mess twice, so that it cannot be eaten. After a shower he exclaims, How sweet it smells of the stars If the rate of mortality in the city is asked, instead of a serious reply, he will give you an absurd jest.