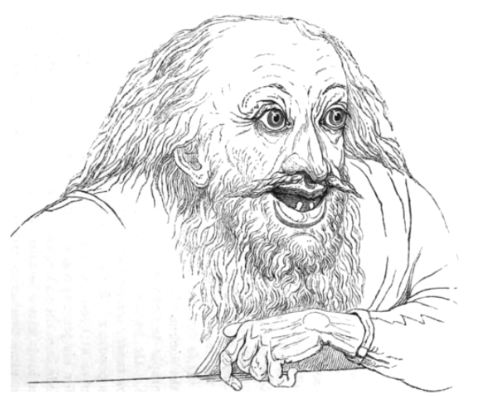 The man is justly called a lover of filthy lucre to whom the relish and value of a gain is enhanced by the baseness of the means that have been employed in its acquisition.

If a fellow of this sort invites you to a feast, you will do wisely to carry a morsel with you, to make up for his scanty fare. He will borrow money from a stranger who lodges for a night in his house. At an ordinary he is the carver; and while he loads his own plate, says, It is fair that he who toils for others should have the portion of two. He sells wine; and he does not scruple to send what is adulterated even to his friend. He goes to the theatre, and takes his sons, only on those occasions when the house is thrown open to the populace. If he is employed in an embassy, he leaves at home the provision made at the public cost for his journey; and on the road borrows what he needs from his colleagues. The slave who follows him he loads with a burden beyond his strength; and at the same time gives him less than the customary allowance of food. He demands his share of the presents made to the embassy at a foreign court, and sells it. In the bath he declares that the oil brought to him by his servant is rancid; and on this pretence he uses what belongs to another person. If his servants chance to find money on the road, he claims his share; using the vulgar proverb, Luck is common. When he sends his cloak to the fuller, he borrows one from a neighbor, which he continues to wear till it is asked for. Nor are these the worst of his practices. He metes out provisions to his household in a measure that has a false bottom; and even from this he strikes off the top. Through the indulgence of a friend he purchases some article much below its value, which he presently sells at an exorbitant price. Having a debt of thirty pounds to pay; he contrives that the silver shall be deficient in weight by four drachms. If his children have been prevented from attending their school by sickness, he makes a deduction, according to the time they have been absent, from the salaries of their masters: and because many public holidays occur in February, he keeps them at home the whole month, that he may not have to pay for days in which they are not actually at school. In settling accounts with a servant, or in receiving rent from a tenant, he exacts a discount, on pretence of the difference in value between one kind of coin and another. When it falls to his lot to give a feast to the citizens of his ward, he supplies his own family out of the provision made for the public dinner: and of all that is left on the table he takes strict account, lest the half of a bunch of radishes should be purloined by the waiters. If he goes on a journey with companions, he employs their attendants; having let out his footman for the time, without however. bringing the hire to account in the common purse. If provisions for a club dinner are lodged at his house, he cribs a part from every article; even from the wood, the lentils, the vinegar, the salt, and the oil for the lamps. In order to avoid making a marriage offering, when a wedding takes place in a friend’s family, he will leave his home for a time, to be out of the way. He is ever borrowing those petty articles from his friends which no one would choose to ask for again; and for which, if payment were offered, it would hardly be received.