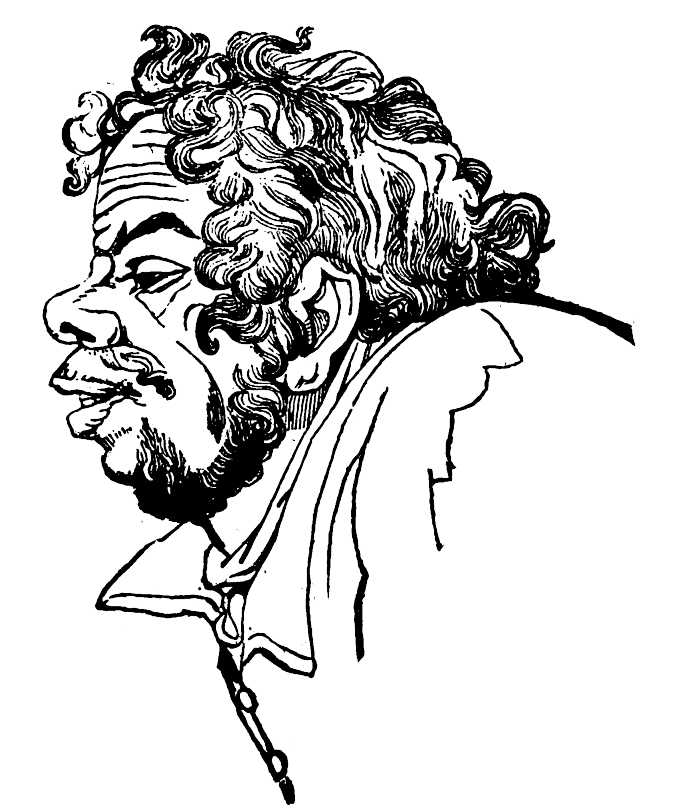 Rusticity is an unconsciousness of things indecorous.

The Rustic, after having taken an offensive drug, forthwith goes into company. Smelling some exquisite perfume, he exclaims, Tis not a whit sweeter than a sprig of thyme. The shoes he wears are too large for his feet. He talks in a bawling tone; and his posture as he sits is indecent. Distrusting his friends and nearest relatives, he conveys the most important concerns with his servants; or, returning from the city, he reports all that has passed in council to the laborers on his farm. In travelling he admires nothing that is beautiful, he is affected by nothing that is sublime; but if he encounters an ox, or an ass, or a goat, he makes a halt, and stares at it. He will fetch a morsel from the pantry; devour it voraciously; then swallow a dram; and withal seek to conceal the theft from his own cookmaid: at another time he will grind with her at the mill; and himself measure out the day’s provisions for the family. During dinner he throws morsels to the domestic animals that are suffered to range through the house; or he runs to the door when anyone knocks. Instead of noticing his visitor, he calls the house-dog from his kennel, and holding him by the muzzle, exclaims, Here is he that takes care of house, and farm, and family When he receives money, he affirms it to be bad, and demands that it may be changed. If he has lent a plough, or a basket, or a sickle, or a sack, to a neighbor, he wakes perhaps in the middle of the night, and remembering the loan, will go and ask for it. On his way to the city he accosts anyone he may meet with abrupt questions,How are hides selling now? and what is bacon in the market? Tell me, do the games today bring us a new moon? and then he adds, As soon as I get to town I mean to be shaved.This man sings aloud while he is in the bath: he drives nails into his shoes; and you may meet him with a ham on his shoulders, which he has bought as he chanced to pass through the market.