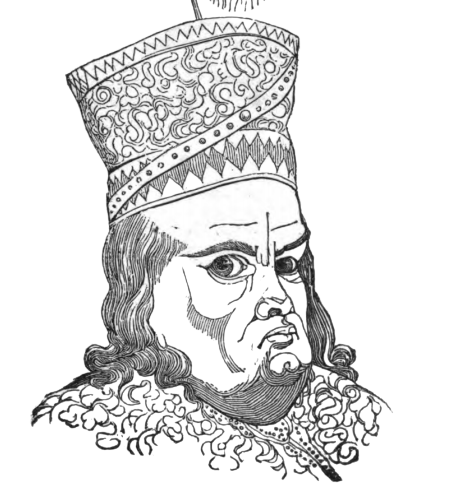 An arrogant desire to dominate over his fellows appears in the opinions, the conduct, and the manners of this partisan of despotism.

When the people are about to elect colleagues to the archons for the direction of some public solemnity, he stands up to maintain that the magistracy should on no occasion be shared. And when others are voting for ten, his voice is heard exclaiming One is enough. Of all Homer’s verses, he seems to have learned only this think not here allowed That worst of tyrants, an usurping crowd. He is often heard using expressions of this sort: It is advisable that we should withdraw to consult on this business. Let us separate ourselves from the mob, and from these popular meetings. This access of the populace to the magistracy should be barred. If he meets with any personal affront, he exclaims That they and I should live within the same walls is insufferable! At noon he stalks abroad, sprucely dressed and trimmed, and he drives the world before him with haughty defiances, as if he could not think the city habitable until the mass of the people should be expelled from it. He loudly complains of the outrageous sustained by the higher classes from the crowd of litigants in the courts of justice; and he tells of his having been put to confusion in the assembly of the people by the contact of a squalid shabby fellow, who placed himself beside him. He inveighs against the popular leaders, whom he professes to hate heartily: It was Theseus, he adds, who was the author of all these evils in the state.

Such is the discourse which he holds with foreigners, and with the few citizens whose temper is like his own.