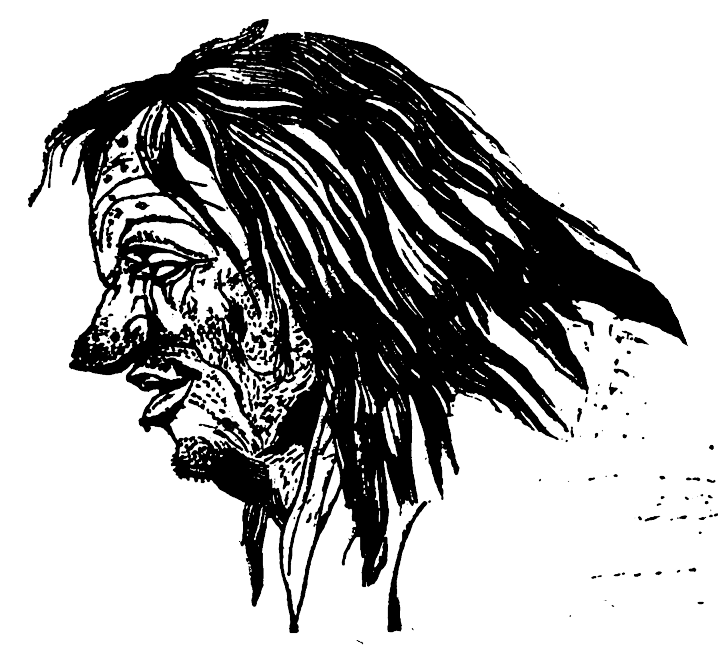 This fellow neglects his person till he becomes a nuisance to all about him.

Leprous, covered with ulcers, and having his fingernails unpared, he free agents society; and he thinks to excuse the offensiveness of his disorders, by saying that these infirmities are constitutional; and that his father and grandfather before him were afflicted in the same way. He applies no remedies to the sores and wounds which cover his legs and fingers, but suffers them to fester, till they become incurable: he is hairy as a bear; and his teeth are black and decayed; so that he is altogether an unapproachable and most unsavory personage. His manners are like his appearance. He wipes his nose with his sleeve; talks as he eats; lets fall his food from his mouth; and raises the wind from his stomach while he drinks. He uses rancid oil at the bath; and walks about, clad in a cloak that is covered with spots of grease.