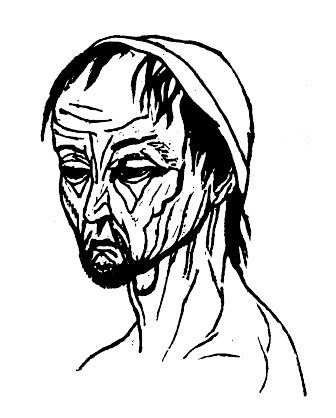 There is in some men a constitutional dejection of the spirits, which renders them liable to the constant tyranny of fear.

The diseased imagination of the fearful man seems to obscure his perceptions; for when he makes a voyage, he mistakes a cluster of distant promontories for a fleet of pirates. As soon as the ship begins to roll, he inquires if there are not some profane person on board; and when she tacks, he questions the steersman, if the ship keeps near enough the middle of the channel; and what he thinks of the appearance of the heavens. Presently, turning to a passenger who sits near him, he declares that he has been affrighted by a certain dream: forthwith he puts off his heavy cloak, delivering it to his servant, that he may be unencumbered in case of sudden danger. At length, as his fears increase, he intreats the captain to make for land, and put him ashore. Unhappy is he who, thus haunted with terrors, spends his life amidst the perils of war. As soon as it is reported that the enemy approaches, he calls his comrades about him; and looking round, professes to doubt whether there be any hostile force within sight: but when he actually hears, the shouts of the combatants, and sees some fall about him, he declares that, in his haste to join the ranks, he has forgotten his sword; and away he runs to his tent, from whence he despatches his slave, as he says, to watch the motions of the enemy: mean while he hides his weapon under the bedding, and then spends the time in searching for it. Peeping from the tent, he sees a wounded man borne into the camp by his friends: he runs out to meet him; bids him be of good courage; and undertakes the care of him, sponging the wound, and driving away the flies: in truth, he will do anything rather than face the enemy. As he sits in the tent by the wounded man he hears the clang of the trumpeter sounding to the charge: Wert thou given to the crows, with thy noise, this poor fellow might get a little sleep. Besmeared with blood from another’s wound, he runs out to meet those who are returning from the field; to whom he declares that, at the extreme peril of his life, he has rescued a friend from the hottest of the fight; and leading his comrades and friends into the tent, he repeats the tale to each: There, he exclaims, behold the man whom, with my own arms, I bore from the field!