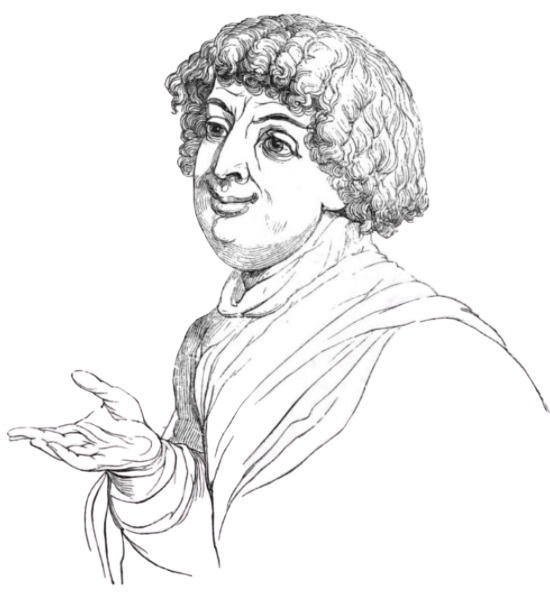 He who would fain please all the world is one who habitually sacrifices virtues to blandishments.

The man of compliments bows long before he comes up to the person whom he means to salute: then accosting him withMost excellent sir! and some egregious flattery, he holds him by both hands, and will hardly release him; but turns back with him, inquiring when they shall meet again: at length, but not without another preposterous compliment, he lets him go. If he is employed in an arbitration, he labors to gratify his friend’s opponent, that if possible he may appear to be equally concerned for both parties. He will assure foreign ers that they talk more reasonably than his fellow citizens. When he dines with his friend, he intreats that the children may be called in; and as they enter, he protests that one fig is not so like another as they are to their father: he brings them about him, kisses them, babbles nursery nonsense with them, and allows himself to be incommoded by their sleeping on his bosom. A man of this temper is usually a fop: he is distinguished by his trimley dressed hair, his white teeth, the frequent change of his dress, and his excessive use of perfumes. He saunters about the stalls in the exchange; lounges in the gymnasium, while the youth are engaged in their exercises; and at the theatre he pushes up as near as he can to the seat of the praetors. It is his affectation to appear to be making purchases, not for himself, but for his friends at Byzantium, or elsewhere: he is sending a present of Spartan dogs to Cyzicus; or the honey of Hymettus to Rhodes: nor does he suffer his neighbors to be ignorant of all this munificence. His house abounds with rarities: he is skilful in training apes and monkeys; he keeps Sicilian doves; he cannot play at dice unless they are carved from the finest buckshorn; he displays curiously turned cruets; his walking stick is a twisted Spartan staff; his rooms are hung with a figured tapestry of Persia; he has a court always prepared for wrestling; and adjoining to it a billiard room; hither he is wont to invite those whom he may meet in his rambles, philosophers, sophists, prize-fighters, or musicians; and here they find accommodations for exercising their various arts. All this he does, that when he enters the hall one of the spectators may say to another, That is the master of the palaestra.