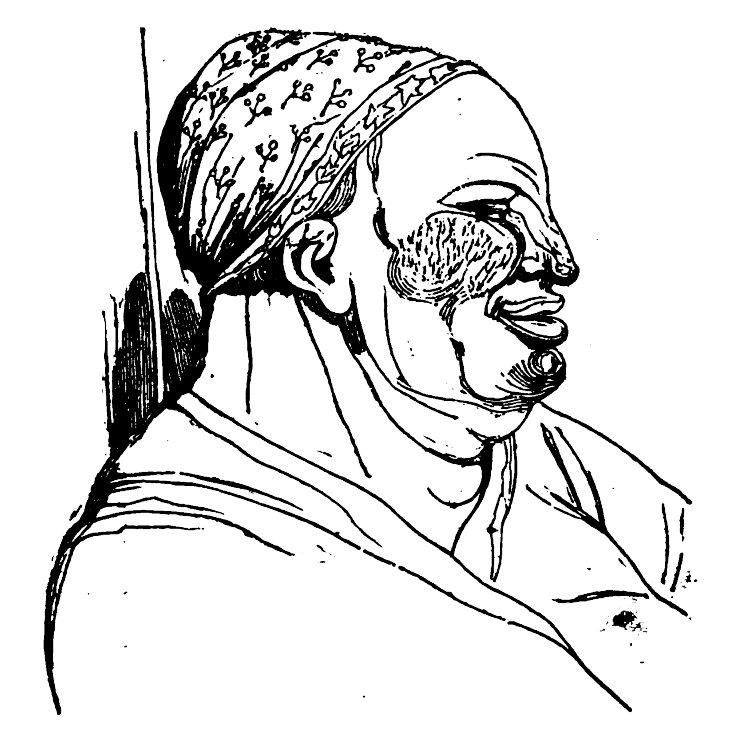 This man is everywhere to be known by the open and scandalous grossness of his manners; he wilfully offends the eye of modesty.

At the theatre, it is his delight to clap his hands after the rest of the audience is still, and to hiss those actors whom others applaud: and in an interval of silence, he eructates so loudly as to attract the notice of all about him. He frequents the fruit stalls in the open market, from which he helps himself, munching nuts, apples, or almonds, while he feigns to chat with the vendor. He calls someone by his name, in public, with whom he has no acquaintance; or commands a person to wait for him, whom he perceives to be hastening on business. He will accost a man with mock congratulations who is leaving court after having lost a cause, and incurred a heavy fine. As he returns from market, laden with eatables, he hires musicians, displays what he has bought to all he may meet, and invites them to the revel: or, standing at a shop or tavern door, he proclaims that he is about to get drunk. He will wish ill luck to his mother, as he sees her going to consult the augur. He overthrows the cups of the worshippers who are about to perform their libations; and then stares and grins as if the accident were portentous. If a female performer is playing on the hautboy, first he claps while others would faintly listen; then thrusts the tune; and presently rudely commands her to be silent. At supper he heedlessly spits across the table on the butler.