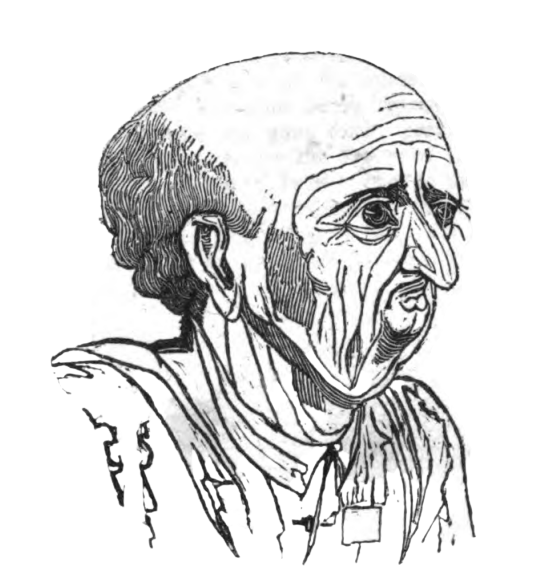 The absurd vanity of the purse proud man leads him to make as many false pretensions to wealth as the veriest knave who lives by seeming to be what he is not.

A boaster of this sort frequents the Exchange; and while he gathers strangers around him, talks of the rich cargoes which he pretends to have on the seas: then he tells what loans he has abroad, and what is the amount of interest on them. Or you may see him stalking along the road, while he lolls on the arm of a chance companion, whom he informs that he was one of those who served in the expedition into Asia under Alexander; and that, in the spoil which fell to his share, there were many costly vessels studded with gems. This leads him to talk of eastern magnificence; and he stoutly contends that the artificers of Asia are incomparably superior to those of Europe. He pretends to have received letters from Antipater, stating that the victorious king had just returned to Macedonia. He declares, that although he possesses the costly license for exporting timber, he has forborn to make use of it, lest he should give occasion to the malicious remarks of some who would envy him his privilege. In a company of strangers he recounts, that during the late scarcity he expended more than five talents in corn, to be distributed among the poorer citizens; and doubting whether he may not have underrated the sum, he requests one of the companies to assist. him in going through a calculation, by making a list of those who were the objects of his munificence, and the relief afforded to each; when, pretending to name above six hundred persons, the result proves that, instead of five, he must actually have expended not less than ten talents on the occasion. Nor does he include in this computation the maintenance of his galleys, nor sundry disbursements consequent on the gratuitous discharge of public business. He goes to the stalls where the finest horses are exposed for sale, and pretends to bid for them: or, at the shop of the robe-maker, he requests a cloak to be shown to him of the value of two talents; and then takes occasion to reprove his attendant for not being furnished with gold. He lives in a hired house; yet he assures a visitor, ignorant of his affairs, that he inherited the house from his father; but that, finding it too small for the entertainment of his friends, he intends to sell it.