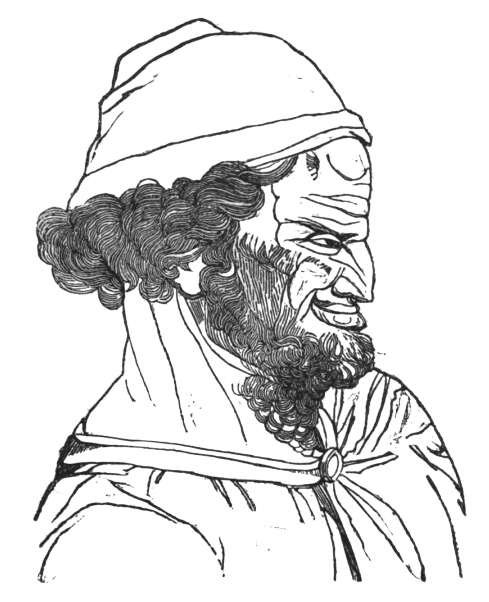 Some men love and pursue evil, purely for its own sake, with an eager relish.

A man of this temper seeks his element amid the turbulences of public life. His chosen associates are men of ruined ſor tune; especially those whom sequestrations and forfeitures have rendered it affected to the government. In such society he thinks to become at once thoroughly practised in mischief, and formidable to the state. If the conduct of men of worth and principle is spoken of before him, he throws in some insinuation So goes the world: or he boldly affirms that there is no such thing as an honest man; that all are knaves alike. The good he defames and persecutes: the bad alone he applauds, as men of a liberal spirit. If a man of his own sort is candidate for an office, he will grant that there may be some truth in what is commonly reported of him; but as to such and such charges, he has never heard of them before: yet, be these things as they may, he is a fellow of a noble spirit, a firm friend to his party, and a man of splendid talent: in short, you can no where find one so fit for the office. He sides with any one who in the assembly of the people, or in the courts of justice, is pleading a desperate cause. If he is on the bench when some flagitious state-prisoner is at the bar, he urges the principle, that it is not the man’s character, but the mere fact in question that is to be determined. Be it, says he, that the fellow disturbs the repose of men in power; yet is he the people’s dog; he keeps watch against those who would invade their rights: and if we abandon such men, we shall no longer find any who will concern themselves for the interests of the commonwealth. He is the true demagogue, ever ready to head a licentious mob. If any measure is to be carried in court against law and equity, he will associate himself with the judges, that he may give the business his best aid. Whether he be an advocate or judge, it is his rule to put the worst interpretation on all that is said by an opponent. We may safely say, even if such a man’s personal conduct never offends the letter of the law, that he who is the professed patron and friend of knaves is himself a knave. So true is the proverb, that like love’s like.