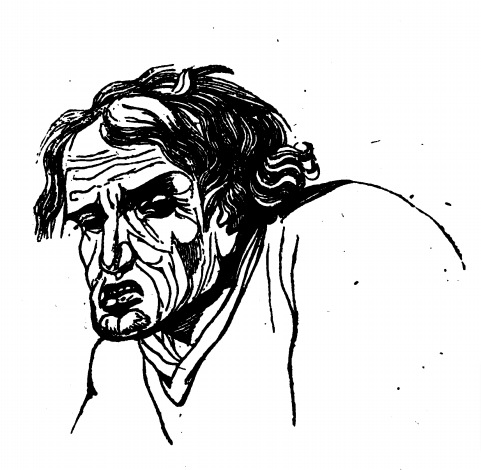 The Detractor utters not a word that does not betray the malignancy of his soul.

If he is asked what sort of a person is such a one? he replies as if the man’s genealogy had been required Ah, I know him: his father’s name was at first Sozias; a name befitting his servile condition: it was while he served as a common soldier that he acquired the appellation Sosistratus: some time afterwards he was inscribed among the citizens of the lower order. As to his mother, she was a noble Thracian, no doubt, for women of her sort are accounted noble in that country. The man himself is such as his origin would lead one to suppose he is the veriest scoundrel alive. Then he adds in explanation of what he had said of the man’s mother, These Thracian women practise every sort of oat rage on the highway. If he comes into a company where a neighbor is defamed, he presently takes the lead in the conversation Yes, he begins, there is not a being on earth I detest so much as the man you are speaking of: his looks are enough to condemn him: was there ever such a villain you may take, as a specimen of his character, what I know to be a fact, that he ordinarily sends his wife to market with three halfpence to buy provisions for the whole family; and that he obliged her to bathe in cold water in the depth of winter. The moment anyone leaves the company the Detractor fails not to introduce some tale to his disadvantage; nor is there any one of his friends, or any member of his family, who escapes the scourge of his tongue: he will even speak ill of the dead.