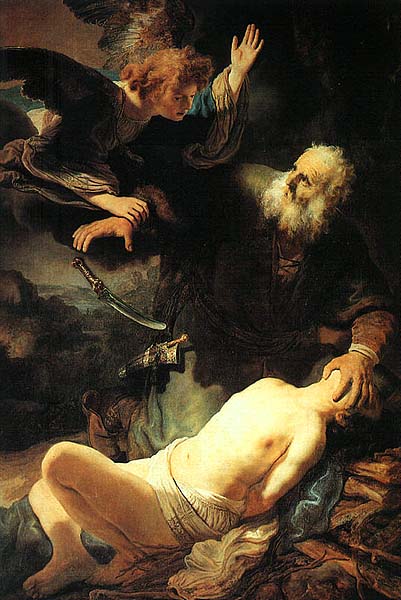 In our last lesson, we learned that righteous Noah died around 2000 BC, when he was 950 years old. His three sons—Sem, Cham and Japheth—became the fathers of all nations of the world. Sem and Japheth enjoyed the blessing of their father, but Cham and his descendants were cursed because of Cham’s sin against his father. Noah said the following:

“Blessed be the Lord God of Sem, be Chanaan his servant. May God enlarge Japheth, and may he dwell in the tents of Sem, and Chanaan be his servant.”

Thus, we see that Noah prayed that God would cause Cham’s sons to become the servants of the descendants of Sem and Japheth.

The Tower of Babel

After the death of Noah, an event took place that we cannot ignore. The entire world and relationships between all men was changed. Noah’s curse divided the peoples of the world, but they were still united as one people. Fearing the blessing and curse that Noah prayed for, the people rebelled against God and sought to unite against His will. We read in Genesis 11 that the people gathered together and said:

“Come, let us make brick, and bake them with fire. Let us make a city and a tower, the top whereof may reach to heaven: and let us make our name famous before we be scattered abroad into all lands.”

So they worked and began to build an unrighteous city, proudly ignoring the prayer of Noah, their father. God, seeing their rebellion, decided to act on Noah’s prayer and divided the people, confusing their languages and scattering them into different areas of the world.

“Therefore, the name thereof was called Babel, because there the language of the whole earth was confounded: and from thence the Lord scattered them abroad upon the face of all countries.”

The Birth of Abraham

After the nations were divided and the languages of the world confused at Babel, God chose the man through whom the blessing of Noah would be fulfilled. We read in Genesis 12 that the tenth man in the line of Sem was a man named Abram. The Scriptures teach us that Abraham’s birth name was Abram, which means “exalted father” in Hebrew, and we’ll refer to him as Abram for a little bit here.

Later in his life, Abram’s family moved from Ur of Sumeria to Haran, to the west of Mesopotamia. In

Haran, Abram lived with his father Thare, his wife Sarai, his nephew Lot and Lot’s wife. Thare planned to go all the way into Canaan, but settled in Haran.

The Calling of Abram

While in Haran, God appeared to Abram. God called him with the following message:

“Go forth from the land of your kinsfolk and from your father’s house to a land that I will show you. I will make of you a great nation, and I will bless you; I will make your name great, so that you will be a blessing. I will bless those who bless you and curse those who curse you. All the communities of the earth shall find blessing in you.”

The question is: of all the people in the world, why Abram? He was one of many thousands of Sumerians living in the fertile crescent. There were many sons in the line of Sem. Why is he called out from all these? The answer is found in the line that follows God’s message in the Scripture:

“Abram went as the LORD directed him.”

Abram was chosen by God because of his readiness to obey God’s direction. As we know, God looks at the world and sees men not as they appear on the outside, but by their hearts and minds. Looking down at the world of men, God may have seen many kings and great warriors he might have chosen, but the greatest man in the world–in God’s eyes–was Abram.

After receiving this call, Abram proved his worthiness by receiving God’s direction. Many complain that God does not speak to them, or give them great vocations. Perhaps this is why. If we prepare ourselves within, God may judge us worthy to be given a great vocation.

The Blessing of Abram

It is important to see the blessing God gives to Abram for it explains all of the events around Abram in ancient history. Many nations had great kings, great armies, great wealth and power. However, the most powerful and terrible of all ancient men was Abram. Upon him rested a blessing that would defeat every enemy, no matter how great. The key to success in the ancient world was to be friends with this man Abram. Thus, when we read of great Egyptian pharaohs, terrifying Assyrian kings and Babylonian armies, we will see their rise or fall in their relationship to Abram, for God chose to glorify him above all men.

As a result of this promise, God changes Abram’s name from Abram to Abraham. The new name had a new meaning: ‘father of a multitude’. God would make him the head of many nations.

The Righteousness of Abraham

Abraham followed God into the land of Canaan, and when there, God spoke to Him again and promised,

“To your descendants I will give this land.”

Now, that may sound great, but there was a problem: the land was already full of people! How would Abraham drive out all of the people of the land, or rule over them? The answer, at least in Abraham’s mind was simple: God has the power to do whatever He promises. Abraham trusted in God’s power and did not think of his own weaknesses. God’s faith in Abraham is proven to be just, for we now see Abraham’s faith in God. Faith in God, since the beginning of the world, has been the only true definition of power, wisdom or riches. That power rests with Abraham, whose faith in God is perfect righteousness.

It is this power of faith that Our Lord spoke of during his time on earth.

“Have faith in God. Amen, I say to you, whoever says to this mountain, ‘Be lifted up and thrown into the sea,’ and does not doubt in his heart but believes that what he says will happen, it shall be done for him. Therefore I tell you, all that you ask for in prayer, believe that you will receive it and it shall be yours.”

The Deeds of Abraham

Abraham’s trust in God was not seen only in his moving into the land of Canaan. Abraham had another problem: God promised Abraham he would be the “father of many nations”, yet Abraham’s wife was barren. It’s rather difficult to be a father to a multitude when you can’t have a single child!

God reminded Abraham of his promise and Abraham trusted God. Abraham’s wife Sarah didn’t do as well. She was nearly 100 years old and when she heard God’s promise repeated by an angel, she couldn’t hold back her laughter. How ridiculous! Nevertheless, Sarah conceived and gave Abraham his first son in her old age. God chose the name for the child: Isaac, which means ‘laughter’. Imagine how encouraging it would have been after that, when anytime a friend doubted God’s ability to fulfill His promises he could look at “Laughter” and remember that nothing is too hard for God.

Years after the birth of Isaac, God spoke again to Abraham, but this time with a cruel command. God commanded that Abraham take his son Isaac and put him to death as a sacrifice to God. Having waited for years for his first born son, the need to sacrifice him was painful, but Abraham did not think the thoughts of an ordinary man. Abraham believed that if God commanded the sacrifice of his son, God must have a way in which he will allow the promise to be fulfilled anyway. In the book of Hebrews we are told that Abraham believed that God was able to raise him from the dead–and still fulfill His promise. As Abraham raised his knife to kill his son, an angel was sent to stop him, and God said:

“Abraham! Do not lay your hand on the lad or do anything to him; for now I know that you fear God, seeing you have not withheld your son, your only son, from me.”

Imagine Abraham’s relief to know that such a hard command was a test from the Lord and that he had both passed the test and was able to receive his son “back from the dead”. When we are challenged by God’s commands, let us remember the life of Abraham and prove ourselves ready to obey, trusting in God come what may. We never know how things will turn out, but we do know that God is faithful and able to do whatever He promises.

The Death of Abraham

Scripture tells us that

“Abraham had reached a ripe old age, and the LORD had blessed him in every way.”

He died when he was 175 years old. You will notice that the dates for the life of Abraham cover 220 years. It is not that one is right and one wrong. The chronology dates simply give us a rough idea of when Abraham lived.

Abraham’s son Isaac had a son of his own named Jacob who was the father of the people of Israel. While Abraham is considered the physical father of the Jewish people, he is also honored as a spiritual father to all Christians, who “do the deeds of their father Abraham”. It is important to note that Muslims also claim to be descendants of Abraham, only through another of his sons, Ishmael. Thus, we see the promise of God fulfilled, for Abraham has become a father of many nations. God’s promise to bless Abraham’s friends and curse his enemies is still true today and influencing the lives of men in an invisible way. The life of Abraham is among the most important events in world history.