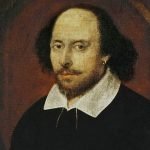 Enjoy this BBC Radio recording of Shakespeare’s Macbeth, starring Paul Scofield (A Man for All Seasons). 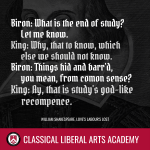 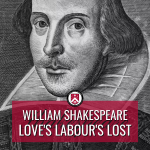 The Date of Love’s Labour’s Lost “Love’s Labour’s Lost” may safely be regarded as the earliest of Shakespeare’s plays. Its composition may be assigned without much fear of refutation to the year 1591, when its author was twenty-seven years old. He had probably arrived in London in search of a career five years before, and had at length gained a firm hold on the theatrical profession. He had made some progress in the reputation of an actor. Then, growing conscious of the possession of a playwright’s capacity, he was ambitious to put that consciousness to a practical test.” (Lee, Sir … Continue