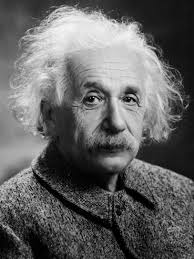 In his book “On the Evolution of Physics”, Einstein says:

“In our endeavor to understand reality, we are somewhat like a man trying to understand the mechanism of a closed watch. He sees the face and the moving hands, even hears its ticking, but he has no way of opening the case.”

Upon reading this, we might initially feel that it provides a clever illustration of the challenge of the work that scientists seek to do.  However, if we think a little more about the illustration, we find that this isn’t anything at all like man’s actual situation.

First of all, in Einstein’s world, man is looking at the closed watch from the outside of it.  It is assumed that the parts that are important for understanding the watch exist inside the watch, where man cannot see them.  In reality, man is a part of the created world and is an observer of it at the same time–man is inside the watch.  The assumption that what is invisible is important and what is visible doesn’t explain anything is not a necessary assumption.  In fact, it’s an error.

Second, the watch-maker, not man, is the one outside the watch.  In Einstein’s illustration, the watch faces outside, but in reality, it faces inside and both the parts of the watch and the face of it are visible to man.  By observing them, he is able to understand the watch-makers purpose for them and enjoy the use of them, while also doing his part to maintain some part of them.

Third, in Einstein’s illustration, man is alone, staring at the closed watch, which is nothing like reality.  The true watch-maker speaks to man inside the watch and reveals to him details that the man does not have the power to figure out on his own.  This gives man a more perfect–and sure–understanding of the watch and allows him to enjoy the watch-maker’s purpose in it.

Einstein’s illustration does not help us to see man’s true dilemma in the world, but scientists’ false understanding of it.  When we deny that God exists and assume the atomist philosophy that drives modern science, we’re left locked outside the watch to guess what’s going on beyond of our view, but this is all backwards.  Man’s condition is not nearly as bad as Einstein would have us think it to be, and thinking it is so leads to errors–not only with regard to what’s inside the watch, but to man’s chief end and means of happiness.  Man’s duty, after all, is not to figure out how the watch works, for the watch-maker has told us that we will never succeed in doing so.

“Man can find no reason of all those works of God that are done under the sun:
and the more he shall labour to seek, so much the less shall he find:
yea, though the wise man shall say, that he knoweth it, he shall not be able to find it.”

This is the difference between ancient philosophy and modern science.