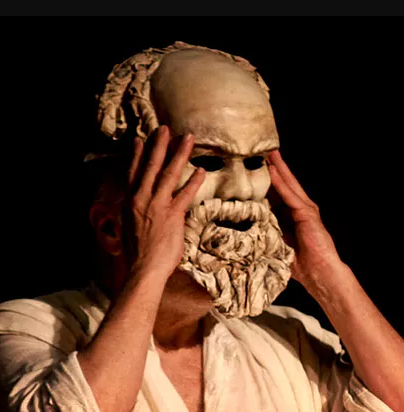 The Classical Liberal Arts Academy has been and continues to be the only Catholic source for real classical Catholic education.  You can survey the homeschool publishing landscape today and see that no one else provides access to the classical Catholic curriculum used by the saints of Church history.

In 2021, as we make the Academy’s curriculum content freely available to Catholic homeschool families, many will begin stealing our content and trying to make use of it for their own profit.  I can say this confidently because Catholic men have already done this in the past.  Many desire to make themselves appear to be teachers for the sake of making money through tutoring and online publishing, but they are not willing to do the actual work of researching, studying, etc..  They will simply steal free content and attempt to sell what is being made available at no cost, while concealing the source as they deal with Catholic families who don’t know that the content–and much more–is available to them at no cost in the Classical Liberal Arts Academy.

The first mark of a plagiarizer is his academic background.  No man will be an expert in classical studies who has not, himself, studied Classics formally at any time.  Classics is a field of study in universities and it is very unpopular today.  Most students choose a major they believe will provide them with a good “job” after college, and Classics offers no promise of employment.  People looking for money don’t major in Classics. Those who do are usually students who are free from financial concerns or who are pursuing Christian studies, preparing for seminary, etc..  If a man studied for a degree in English at a secular college, then went on to study for a secular teaching license in graduate school, did nothing beyond the required studies  and earned no academic awards, and then went on to teach in a public school–it is impossible that he will suddenly have become an expert in classical Catholic curriculum sources and teaching methods in his 40s.  It is especially suspect if his sudden interest and expertise in classical studies came after he made a connection with the Classical Liberal Arts Academy.  If you’d like to know if a man has been in contact with the CLAA behind the scenese, ask us.

The second mark of a plagiarizer is that they seek to make money using resources that are being made available at no cost.  When anyone takes content from another academic source, that source is to be made known and credited for the work.  The reason for this is that it is obviously best for people to be directed to the experts and sources, who can help them, rather than to those who merely use their content–especially if the experts are currently living and working!  A plagiarizer, however, conceals his sources to make himself appear to be the expert and make others feel dependent on him for the sake of his own dishonest profit.  You might imagine that no Catholic man would ever do this, but you’re wrong.  They are doing this.  This is one of the reasons that information about the Classical Liberal Arts Academy is shared by others.  Plagiarizers hope to keep it secret for as long as possible.  As an example, one homeschool writer who claimed to be a Latin expert shared information about the CLAA with homeschool families in 2008 and his entire audience left him and enrolled in the CLAA.  Knowledge of our program needs to be kept secret by other homeschool publishers, especially those who see homeschooling as a means of making money by selling homeschool supplies.

The third mark of a plagiarizer is that his expertise in classical studies is surprisingly limited.  He appears to know a great deal about one subject, but nothing of related subjects.  A plagiarizer will be found to have what is needed for his tutoring session or class meeting, but that’s it.  The quality of his answers to live questions will be noticeably different than the quality of the lesson content he claims to have written.  A plagiarizer will need to stick carefully to those subjects for which he can steal content and he will be strangely brilliant in a few subjects, but completely ignorant of others–which a man educated in classical Catholic studies should have just as much knowledge of if he’s done the work of research and study himself.

A fourth mark of a plagiarizer is that he will be very careful to keep his teaching materials private.  He will carefully guard who has access to the content and how it is distributed.  Unlike honest teachers, he will strangely prefer to remain offline, will not uses his  own name when advertising his services online, will not share samples of his content, offer free trials, etc..  He will not be writing articles or have a blog where he shares his expertise as an educator–because he has none.  He will not be found to be a reference for ancient sources because he doesn’t actually know them, and though there be many ancient and medieval sources for classical studies, all of the sources he does refer to will be those used in the Classical Liberal Arts Academy–which will prove to be a very strange coincidence.  (Ask him how he came to find these sources in his studies and you’ll be in for a treat.)  The plagiarizer will always seek to collect money first, or share content privately, after making sure it’s safe for him to do so.

In the Classical Liberal Arts Academy, we are working to not only restore the true classical Catholic curriculum while others have merely rushed to the press with junk to sell for a quick profit, but we are making the true classical Catholic curriculum more and more affordable for Catholic families to study.  Plagiarizers will deny Catholic families the benefits we are making available, by preventing them from learning about the CLAA so that they can exploit it is a secret source for their money-making.  This is, of course, not only a violation of the Golden Rule, but it is illegal.

Take this a warning that men have begun to steal the Classical Liberal Arts Academy’s free content and sell it as their own.  This will increase as we make the classical Catholic curriculum available freely in the future and it is for parents to watch out for it.  If you find a person offering sources or services he doesn’t appear to be qualified to offer, don’t be afraid to ask some questions:

It isn’t diffiuclt to spot a faker.  It’s obvious that we would have no problem answering any of these questions.  Our interest in classical studies started when we were teenagers, in college.  We earned degrees in classical studies and won awards while doing so.  We have worked exclusively in classical education for our entire career.  We can explain, and prove, how we connected directly with every source we refer to in our research of the classical Catholic curriculum.  We have been asked to serve as teachers in the Church by those who know of our work.  Our “About page” features a scrolling list of referrals from students, parents, colleagues, priests through the years.  Most importantly, the courses we offer appear in the Classical Liberal Arts Academy before they are available anywhere else.  One can’t copy what isn’t yet available.

The classical Catholic curriculum will be available freely to all Catholic homeschool families, and as time goes on, we will make our academic services more and more affordable as we’re able to do so.  Our interested in Catholic education is genuine and lasting, and we are able to help families because we are actually doing the work of researching, restoring, publishing and teaching the classical liberal arts.  Plagiarizing is a great evil in education because it not only hurts the families seeking to study, but the true workers who are worthy of the little support that is available.